Planned Parenthood not yet crisis free, but doing a lot correctly toward that goal

When videos surfaced in July of a Planned Parenthood official from Southern California discussing the costs of supplying fetal tissue for research, the outrage was quick and the crisis immediate.

But Planned Parenthood — and especially its president, Cecile Richards — built an effective and aggressive crisis-management response. 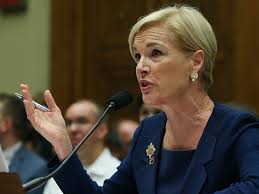 First, the organization that supports and promotes women’s health, detailed the facts. As The New York Times reported:

Of Planned Parenthood’s nearly 700 health centers nationwide, only two — one in California and one in Washington State — supply fetal tissue to researchers, and only the one in California has been getting reimbursed, the organization said.

Next, Planned Parenthood had experts examine the video taken by an unabashed opponent, and put out a report showing how it was edited to maximize the anti-Planned Parenthood effect. While not a third-party assessment, it helped supporters find reason to stay the course.

Then Richards stepped to the fore and on the cusp of Republicans threatening to close down the government over Planned Parenthood funding in the federal budget, she went before two Congressional committees and presented facts with aplomb.

While it’s difficult to find neutral observers in this fight, after her testimony the Republicans opposing federal funding for the group did not achieve the votes to pull it, or to shut down the government in protest.

Then, on Tuesday, Richards announced that Planned Parenthood would halt supplying any fetal tissue to anyone. This is smart. And while the organization is a long way from salvation on this issue — five more Congressional committees plan to hold hearings — it maneuvered through this crisis as successfully as anyone might have expected.

“This is Planned Parenthood standing strong, saying that we are not going to be bullied, even by five congressional committees, into walking away from important research and women’s desire to donate,” said Dawn Laguens, the executive vice president of the group. “We are not going to stand around getting flogged with false accusations for something that’s never been our motivation to participate in tissue donation.”

It’s a good case study on what to do.

The content of this blog is about crisis management and mismanagement in a digital age. It originates with Steve Bell, who spent 30 years as a journalist for the Associated Press and in four top editor positions at The Buffalo News. He is now Partner/Director of Public Affairs and Crisis and Reputation Management at Eric Mower + Associates, one of the nation’s largest independent advertising, integrated marketing and public relations agencies, with eight offices in the East. Learn more about EMA at mowerpr.com/crisisready. Steve’s blog is based on his own opinions and does not represent the views or positions of Eric Mower + Associates.

The content is about crisis management and mismanagement in a digital age. It comes from Steve Bell, who spent 30 years as a journalist for the Associated Press and as managing editor and editorial page editor at The Buffalo News. Until recently, he was Senior Vice President and Managing Director of Crisis and Reputation Management at Mower, one of the nation's largest independent advertising, integrated marketing and public relations agency with nine offices in the Northeast and Southeast. He is now managing partner of Steve Bell Communications LLC.
View all posts by steveoncrisis →
This entry was posted in Uncategorized and tagged #emagency, #ematalkhuman, @crisis pr, @moweragency. Bookmark the permalink.